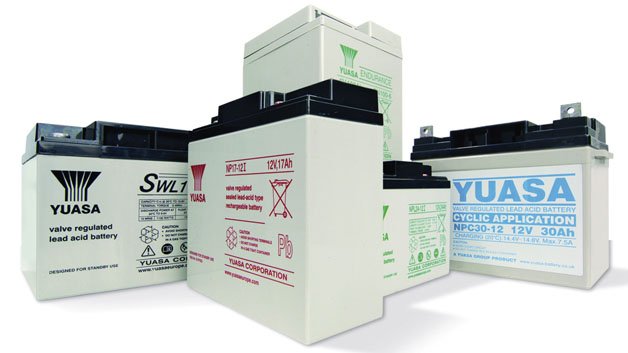 A blog about UPS batteries and battery failure explaining the different types of failure you may experience and why this may occur.

The quality of a UPS battery can vary depending on the manufacturer, however even the highest standard of battery have a finite life.

The lead acid battery is essentially a “living” product and will slowly discharge during storage, this can be minimised by lowering the storage temperature and regularly recharging the battery. The charging method is important to be completed correctly as attempts to use a rapid charge will cause damage to the active material within the block and reduce the battery life. The manufacturer recommendations should be consulted for best practice in storing and charging batteries in excess of three months.

Battery faults can occur either because of manufacturing defects or issues caused by incorrect installation and usage. Here we discuss the different problems that can arise from either.

This occurs when a battery is stored, transported or installed without due care. Damage can occur internally when the outer casing of the battery is dropped or banged. The manufacturers packaging should be used for transportation and care should be taken during the installation. Batteries should never be stood on or even stacked during install without protective packaging. If the connectors to the batteries are bolted too tight then structural damage between the terminals and plates can occur. If the connectors are too loose then a higher electrical resistance will cause a build up of heat. During installation or replacement the connections should be fastened inline with the recommended torque values available from the manufacturer.

When a battery is left in a discharged state for a period of time, a chemicial reaction occurs. This reaction is called “sulphation” and will permanently cause damage to the battery performance. The typical visible signs of sulphation are a white coating on the positive terminal and an unoxidised metal glaze on the negative terminal.

UPS batteries are designed for standby use for a high power discharge over a short period of time, typically five to fifteen minutes. The batteries can only withstand a limited number of cycles (discharge and recharge) as opposed to “cyclic” batteries, which are used in motorised vehicles and are designed to cycle daily. When a battery is cycled, a small amount of active material is permanently lost from the plates and battery performance reduces. It is typical for a new battery to perform up to seven percent above the designed specification, which allows for initial autonomy testing during installation and commissioning. However, regularly discharging the battery in excess of 35% of its capacity for testing purposes will severely shorten the service life. If the UPS has a five minute autonomy when new, then a two minute battery test once a month is a sure way to damage the batteries within the first year of operation. If the batteries are connected to a long autonomy system, for example three hours or more, the cut off voltage of the UPS inverter should be adjusted to a higher value in order to prevent a deeper discharge of the battery at regular intervals. 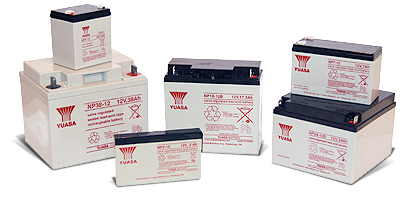 The charging characteristics of the batteries should be set as per manufacturers recommendations during installation or replacement. If the charging voltage or current applied from the UPS is too high, the batteries overheat and electrolyte will start to evaporate. The overcharging will accelerate the breakup of active material, the batteries could even swell or burst and excess hydrogen will vent. This is a serious condition and emergency measures should be taken immediately. It is common for overcharging to occur where original batteries have been replaced with a smaller capacity or few number of blocks and the UPS charging characteristics have not been adjusted to compensate.

Undercharging occurs, where the UPS is not capable of applying an acceptable charge voltage or current to restore the batteries to a full state of charge. This will slowly cause sulphation and the battery performance will degrade. This typically happens where the battery set requires more charge current than the UPS can physically deliver or when it has been configured incorrectly.

This is typically seen in batteries designed with a shorter service life. One cell within a battery will show a dramatically lower acid specific gravity than the others. During a high discharge the problem cell will boil and the battery will not recover correctly during a recharge resulting in sulphation.

There will be no voltage reading at the battery terminals as there is a structural internal break within the battery. Each individual cell will have a good specific gravity reading.

Providing a high quality battery, which is stored, installed and configured correctly with a UPS will ensure the amount of battery faults will be minimal. All batteries have a finite life, but the service life can be extended by using a battery system in the correct environment, regularly checking and recording the charging and discharging characteristics, along with setting the UPS charging parameters to match the battery set.

If you would like to have a battery set checked to ensure it is operating to reach its design life, require a replacement proposal or have a new battery set installation contact UPS Power Services for advice.

Installation, Maintenance and Servicing available for all UPS Systems.